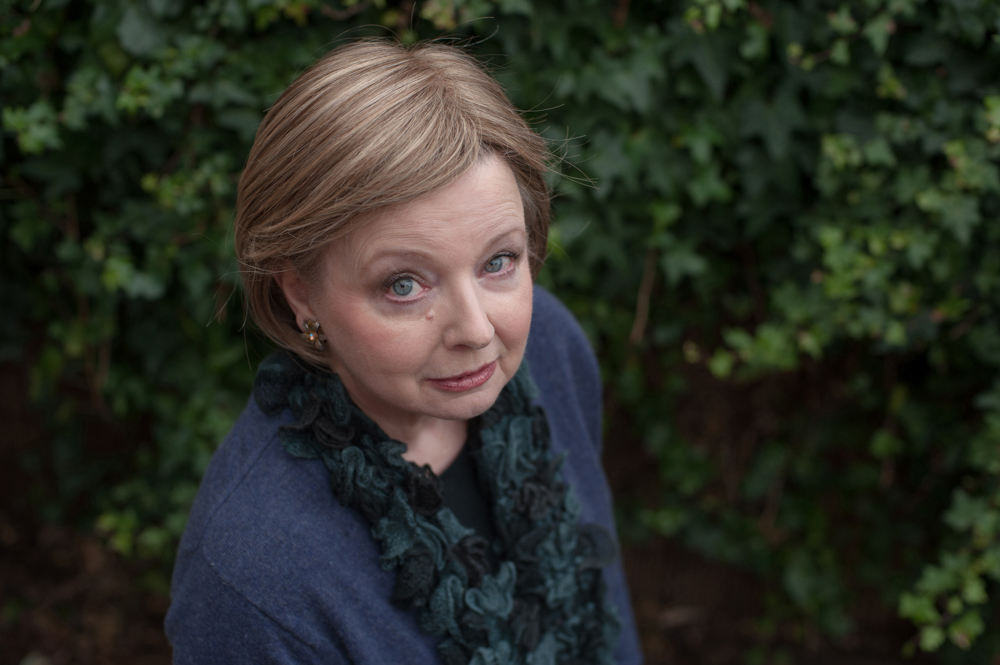 I spent most of my childhood overseas, in Europe and the Far East. Every two or three years we moved somewhere new. This meant I kept changing schools, but I didn’t mind because if I didn’t like that particular school, I knew I would soon be leaving!

I was a dreamy, shy child, who had a vivid interior world. I began writing when I was six, in smudged pencil. I’d been given a Dachshund puppy for my birthday, so I wrote ‘How to Train Dogs’ – all of five, misspelled pages! But later I wrote ‘novels’ which took up whole exercise books. These were mostly adventure stories, which I read out to my long-suffering younger brother. They had illustrations, maps, book jackets with blurbs, and a ‘Letter from the Author’ for my imaginary readers.

My happiest time as a child was the four-year period we spent in Singapore, where I belonged to the wonderful Raffles Library, an impressive building with high ceilings, where vast fans spun silently above you. The children’s department was crammed with books ranging from the Victorian and Edwardian period (ancient and dusty) to contemporary fiction (smelling of exotic food). I didn’t care when they had been written. I read them avidly, as many as I could.

When I grew up, I worked in publishing, in both adult and children’s books, then as a children’s bookseller in Manhattan when my husband was sent to New York. While my two sons were growing up I became a publisher’s reader. I took an M.A. in Writing for Children and after that taught courses in creative writing and children’s literature, at Morley College, London, among others.

During this time I wrote several novels – my ‘apprenticeship’! – but didn’t do anything with them until I entered one called The Ice Boy for a competition for a first novel administered by Hodder Children’s Books and won it (I’m not sure it was any better than my others but it was in a slightly tidier state!). This was the best day of my life – up there with my wedding day! After that, I was lucky enough to be taken on by the literary agent Elizabeth Roy, and I’ve been published by Hodder ever since.

I am a member of CWISL (Children’s Writers and Illustrators in South London), a group of published authors who visit schools, libraries, fairs and festivals and offer writing workshops.

I also belong to the Children’s Writers and Illustrators Group of the Society of Authors (CWIG) and the Scattered Authors’ Society, which links up children’s authors from all over the UK to contact and meet informally.

As well as visiting schools, I also tutor for Chelsea Young Writers.

I live with my husband and a yellow Labrador called Alfie in Suffolk,  in an old vicarage behind a church, where ancient gravestones come tumbling into the garden, and also in a miniscule brick cottage in Mortlake, near the River Thames, in SW London. 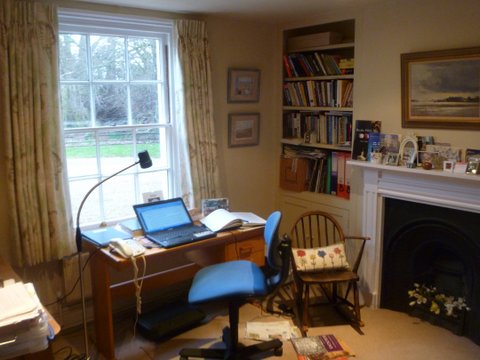 This is where I write. My study is the smallest room in the house and the oldest. It was part of the original sixteenth cottage belonging to the village vicar and later had Georgian and then Victorian additions as the subsequent vicars became more aspirational. As you can see, it’s not exactly tidy but it’s womb-like and welcoming and I love it. It looks out on to some ancient, beautiful and very tall lime trees – trees that were traditionally grown near churchyards (the local churchyard is at the bottom of our garden, so the vicar had a very short walk!).