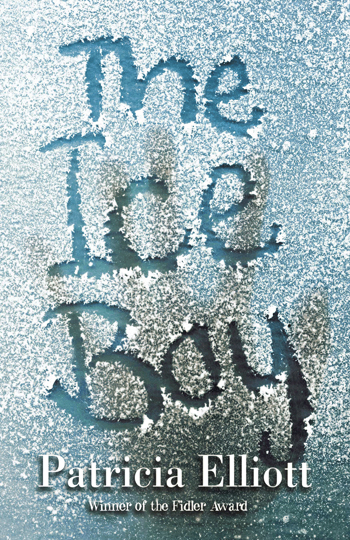 There on the horizon were the unmistakable shapes of mountains, of snow-capped peaks, glaciers. He could see glittering towers and palaces of ice. On his lips was the powdery numbness of frost.

Could there really be a distant land far across the sea? Edward’s vision brings him hope that his father is alive and well, and didn’t perish in the storm. If only he could reach the island and look for Dad. When he rescues a mysterious stranger from the waves, Edward is given the chance to attempt the perilous quest, but time is fast running out…

Winner of the Fidler Award

Shortlisted for the Branford Boase Award

Shortlisted for the West Sussex Award

Read Patricia's notes on the book

A remarkable first novel…here is a writer whom you can trust.

A stirring adventure story, with lots to grip the imagination and set the mind thinking.

Elliott is one of the Fidler Award’s worthiest winners. This atmospheric debut novel is heavy on Kleenex.

I’ve just read this book, which is sooo good…I couldn’t put it down.

A stirring adventure story, with lots to grip the imagination and set the mind thinking.

The Ship of Spectres

The Ship of Spectres
The House of Eyes

The House of Eyes
The Devil in the Corner

The Devil in the Corner
The Pale Assassin

The Pale Assassin
The Traitor's Smile

The Night Walker
The Ice Boy