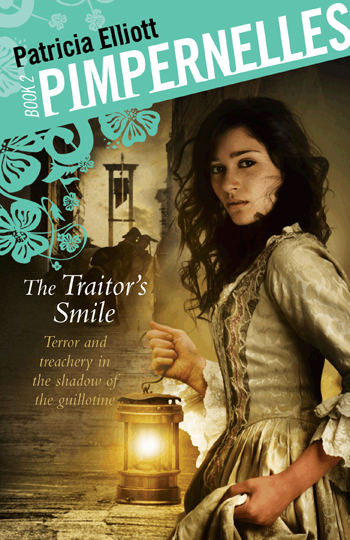 Eugénie: a beautiful young aristocrat seeking sanctuary in England from the violence of the French Revolution.

Across the Channel waits the vengeful Pale Assassin, determined to claim Eugénie for himself. With her brother’s life at stake, how can she refuse his dreadful bargain? But it will mean sacrificing her chance of romance and returning to Paris in the grip of the Terror. Eugénie must now decide her destiny – with or without Hetta’s help.

Though this is a sequel to The Pale Assassin, it is a complete story in itself and you can read it without having read the earlier one first.

Captures the feel of both England and France in the late 18th century. High recommendation.

The Traitor’s Smile never fails in its use of period detail and historical accuracy. Elliott conveys the plight of the individual versus the larger maniacal wave under Robespierre in Paris during the Revolution. The reader shares in the desperation and fear, yet gains an understanding of the clever plots enacted for survival during this bloody time. This is an entertaining, instructive read for both the young and older adult audience. 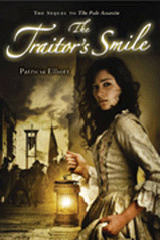 The Ship of Spectres

The Ship of Spectres
The House of Eyes

The House of Eyes
The Devil in the Corner

The Devil in the Corner
The Pale Assassin

The Pale Assassin
The Traitor's Smile

The Night Walker
The Ice Boy